Central Bible Leadership Institute offers a place for Salvation Army people engaged in mission to rest, enjoy fellowship, and experience growth since 1944. CBLI’s purpose is to nurture and prepare Salvation Army people to serve the world through the Army’s mission to preach the gospel of Jesus Christ and meet human needs in his name without discrimination.

Adults, families with children, young adults, and teens enjoy a wide variety of activities led by Salvation Army leaders and guests. There are age specific tracks for Bible study, leadership training, and worship as well as many opportunities for all campers to share in worship, fellowship, recreation and meals.

CBLI is an affordable and a wonderful way to spend vacation time in fellowship with friends and family, studying God’s word and becoming spiritually and physically refreshed. The cost of accommodations, meals, child care, and most program material are included in the camper registration fee. Some corps and divisions offer scholarships to help with registration fees.

Spanish Translation will be available for Adult track delegates, and all United Meetings 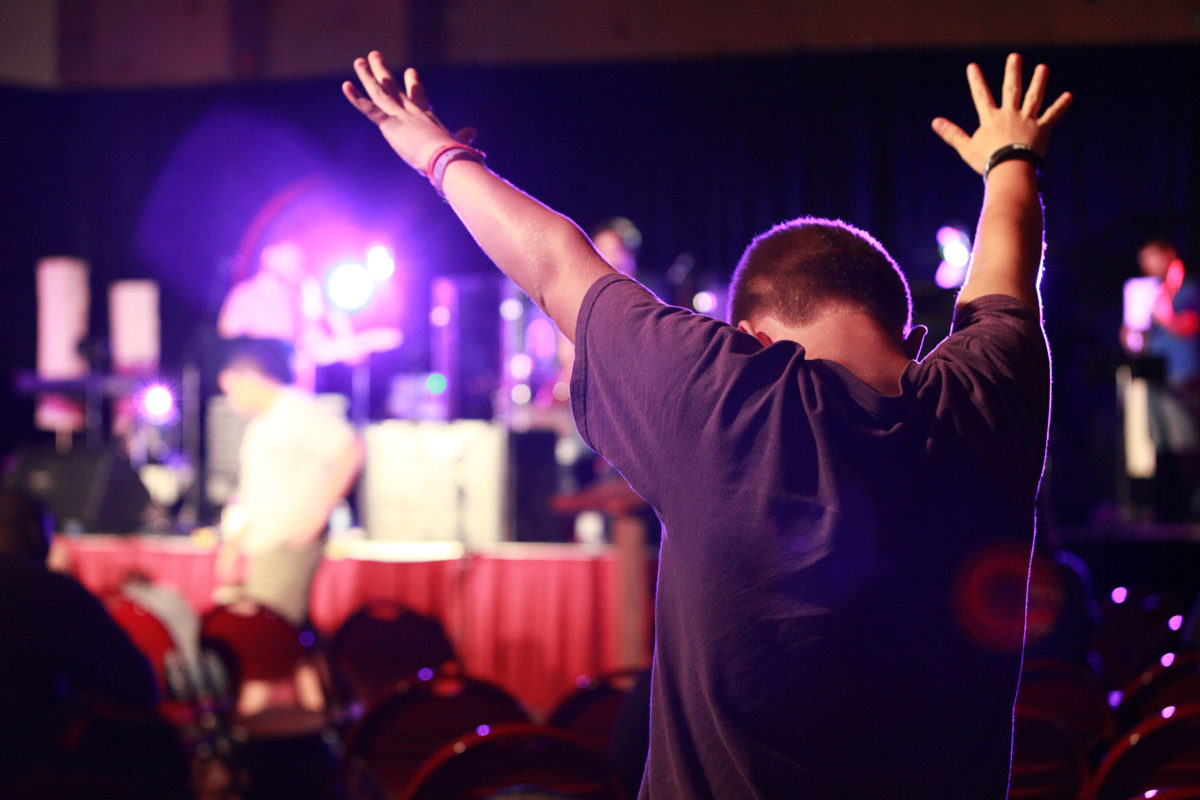 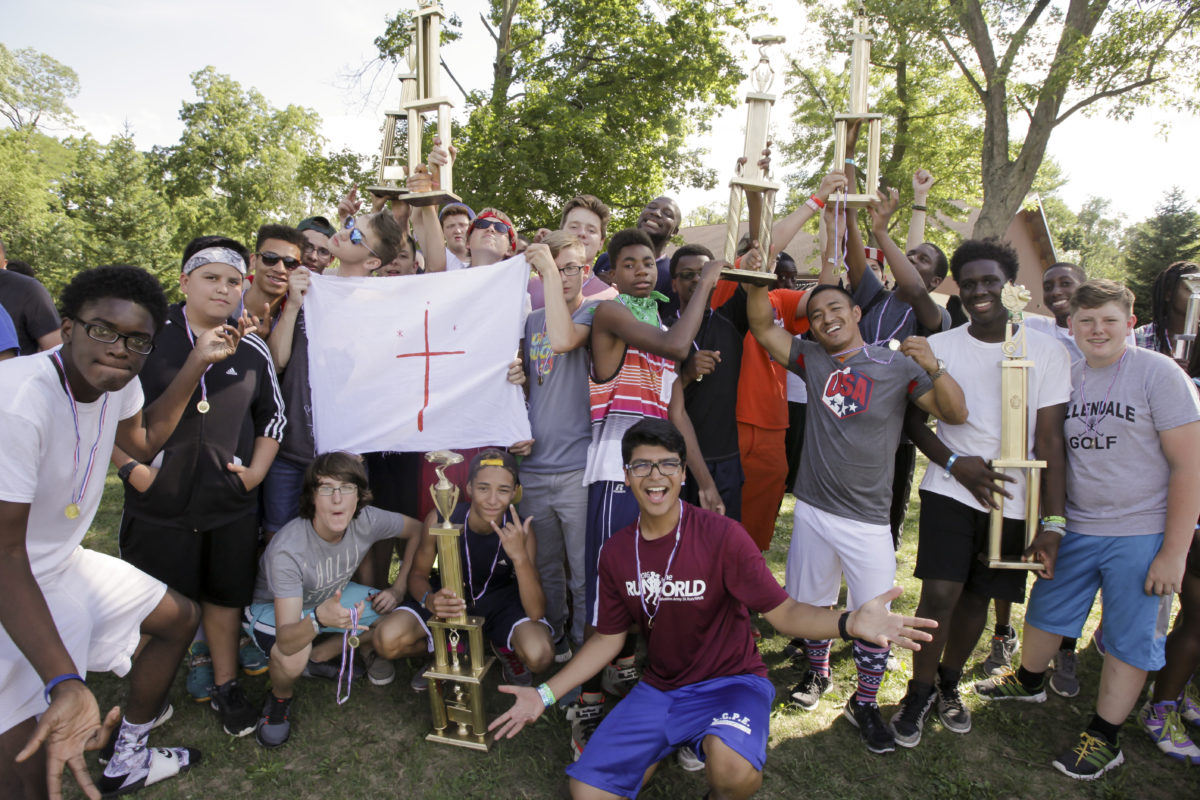 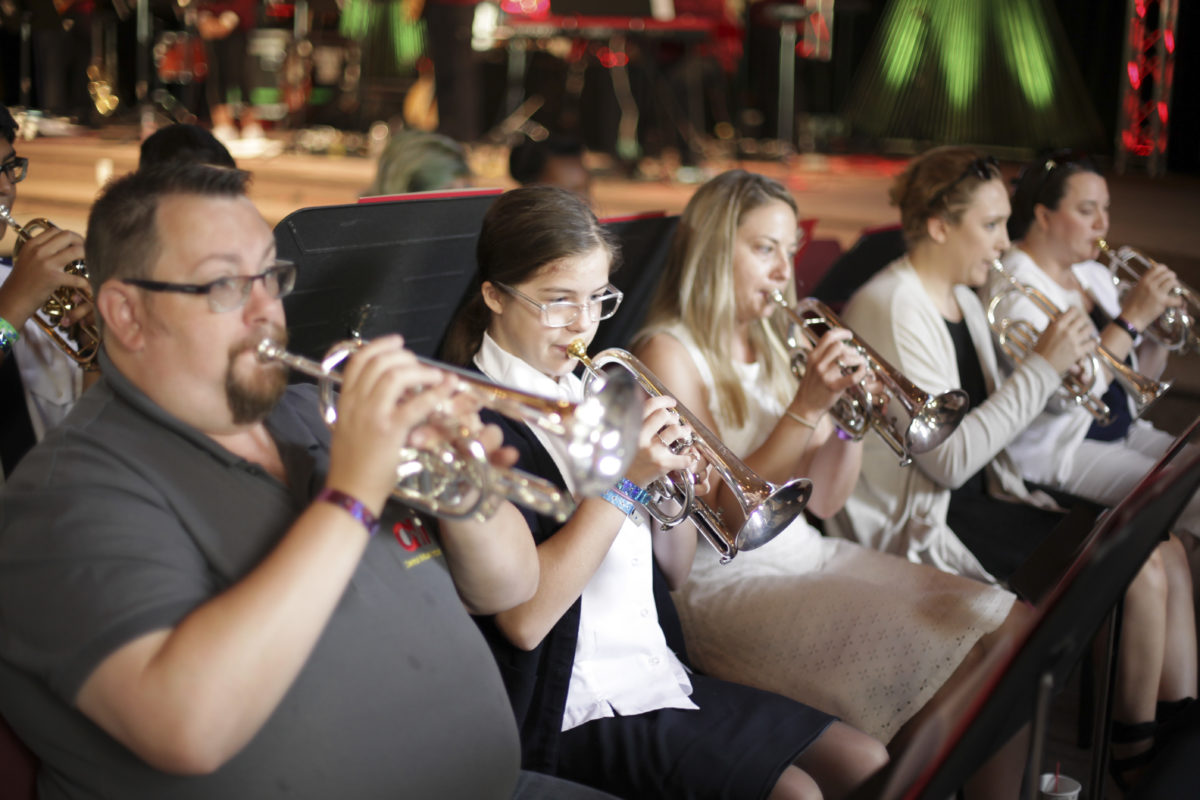 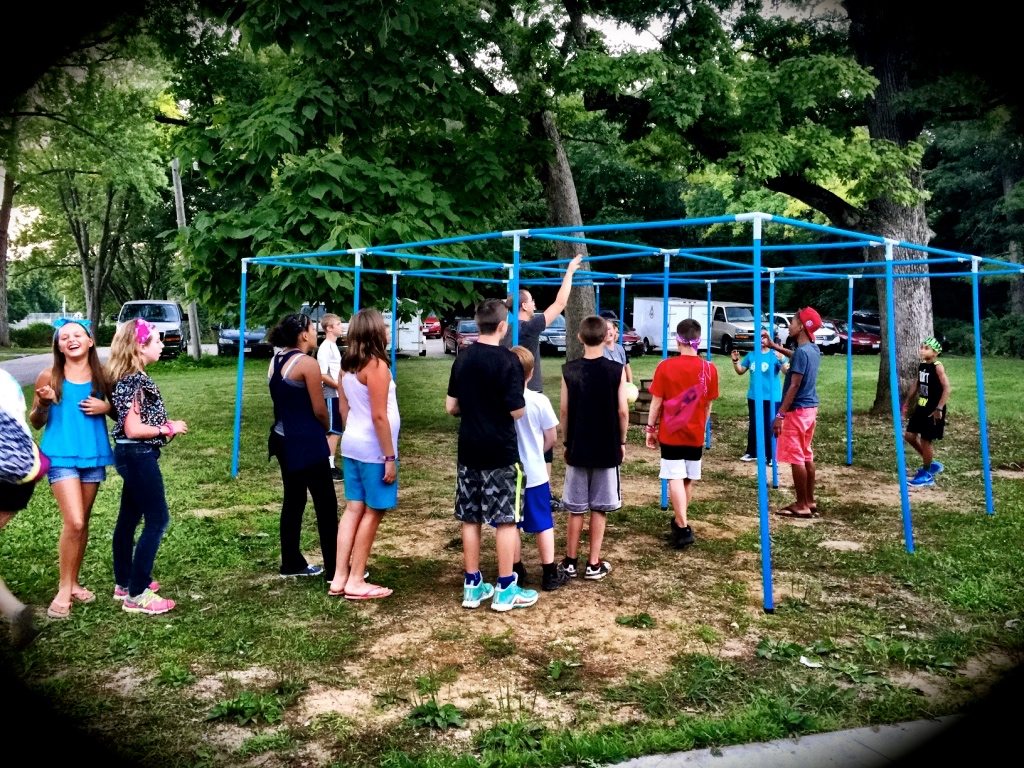 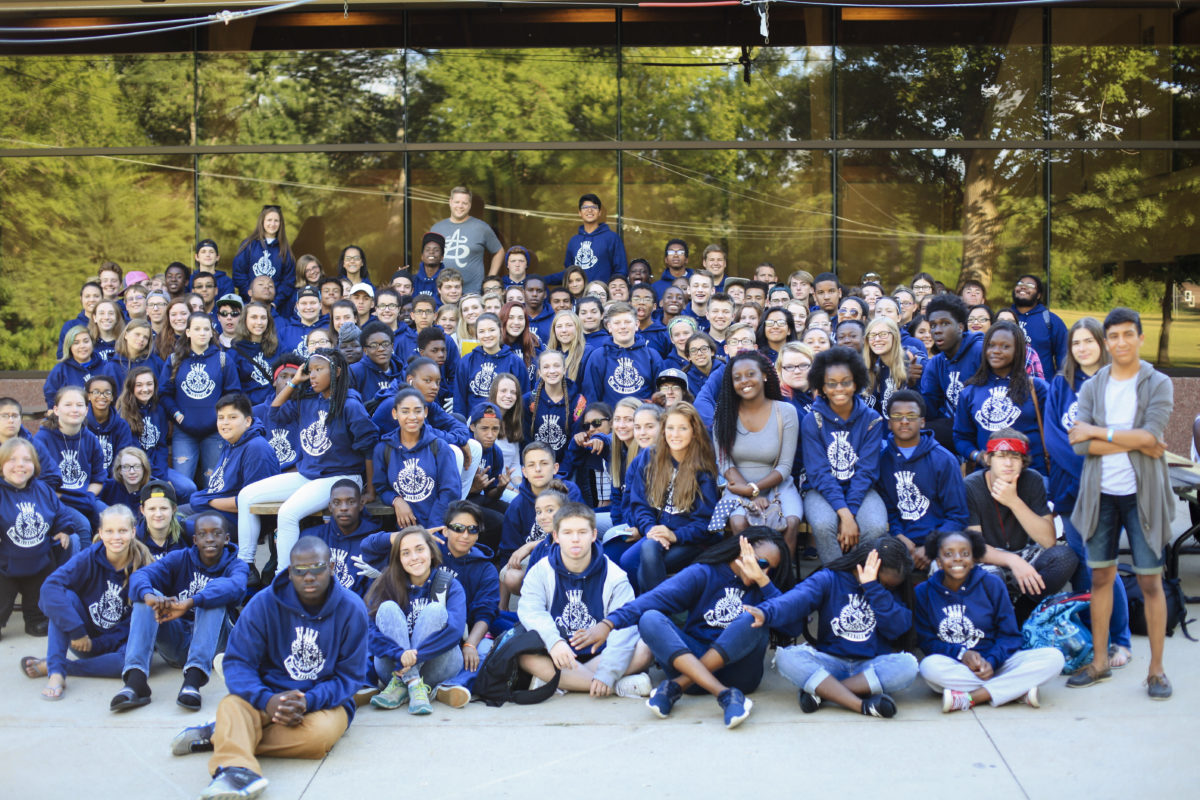 All family housing will be one price, with no additional charges for specific housing units. All non-Village housing will include bed linens/towels. Housing will be assigned only after fees are paid in full or scholarship award is verified.

Unpaid or partially paid registrations after June 27, 2022 may be cancelled.

While we will try to accommodate special needs and requests, general housing will be assigned to maximize occupancy.
Family housing fills up much earlier than the registration deadline.
When housing is at capacity, you will not be able to select that option.

Making this change to a uniform fee will streamline our processes and enable those registering for CBLI to know the fees due at time of registration.

Parents of children with an Individualized Education Plan (IEP) for school, please forward a copy of your child's IEP to USC.Youth@usc.salvationarmy.org.

Please note that your registration is not complete until you have paid all fees and completed all necessary forms (Sr. High Track) by Monday, June 27 2022.

Once your registration is complete, your housing will then be assigned. CBLI check in will take place on Monday, July 25, 2022 from 2:00pm - 5:30pm in the classrooms under the chapel.

The Adult Track (ages 30+) is thrilled to have Dr. Marion Platt as our Bible Teacher. We will be exploring the book of Acts within the theme of “Unstoppable” through large and small group settings.

Unstoppable will be presented from the framework that the “path of least resistance is seldom the path of greatest impact”. The early apostles proclaimed the gospel boldly and took risks, how does this translate to our declaring of this same gospel today? The theme will be broken down into daily focuses of Unstoppable mission, message, love, opportunities, courage, and impact. 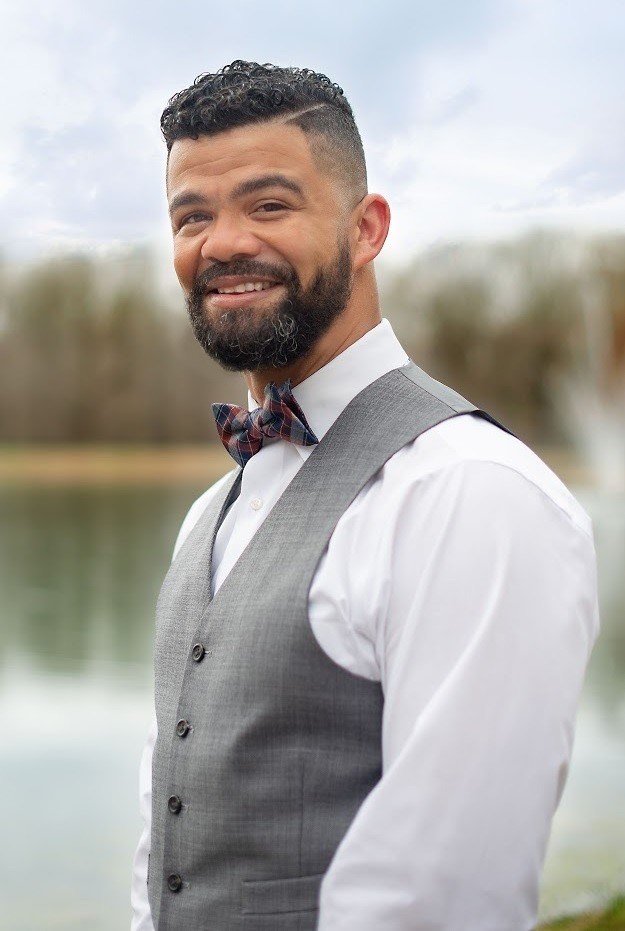 Reverend Dr. Marion Platt is the sixth Executive Director and Pastor of Star Gospel Mission’s 117 year history. A native of Charleston, Marion served two enlistments as a U.S. Army infantryman before embarking on a nineteen-year ministry with The Salvation Army. He has held executive, academic, and pastoral roles in several cities across the South; he earned his doctoral degree from Trevecca Nazarene University (Nashville) and is a sought-after lecturer, evangelist, and revivalist. Marion has been a Rotarian for sixteen years, is Vice-President of the Southern Organization for Human Services, and serves on the Faith-Based Advisory Council of the International African American Museum in Charleston.

“Pastor Marion” is father to Dina, Josh, & Zion, husband to Ev, and neighbor to everyone. When he isn’t serving others, he can be found fishing in a local creek, running long distances in the sun, fussing over his vegetable garden, or quietly listening to jazz music.

Sr. High Track is back! Summer just hasn’t been the same without it. Come spend a week with your friends and learn together, share life together and have a ton of fun together. We can’t wait to see how the UNSTOPPABLE Holy Spirit works this week.

The book of Acts connects followers of Christ to the UNSTOPPABLE Holy Spirit and by His help we are moved to be UNSTOPPABLE WITNESSES throughout the earth.

Come ready for anything, BUT specifically pack your physical BIBLE and some western wear for a party!

The Junior High Track is for 6th through 8th graders attending CBLI with their family. We will have a great time of learning to be leaders through studying the bible, small group discussions, fun games, and building friendships with other Jesus followers.

Unstoppable! The book of Acts has incredible significance in the life of a Christian today and the Junior High track will be exploring the sense of wonder and anticipation through the stories the book of Acts contains and we will strive to gain an understanding of how the events in Acts connect to each of us today. We’ll be talking about the Holy Spirit, the early Church, Prayer, and God’s Unstoppable plan for each of us!

Bring your bible, swim gear, and one pair of clothes that you don’t mind getting messy!

Jr. CBLI is for children ages 6-10 who are attending Central Bible Life Institute with their families. Children participating in the Jr. CBLI track will learn God’s word and how to apply it to their lives in a vibrant community atmosphere.

The theme for 2022 Jr. CBLI track is based on Disney's movie “Encanto”. Track participants will be focusing on what it means to be a part of God’s family: the Body of Christ. With Jesus as our foundation, our church will not crumble, but become stronger as the family of Christ uses their gifts for the glory of God.